The entire complex was purchased in 1992 by the Salvadori family, which initiated the restoration with respect to the original architecture, using bioarchitectural materials such, bricks, lime and wood, marking the birth of “Tenuta Quarrata”.

The name Quarrata comes from the Roman period and indicates military quarters located in forested areas.

After World War II, the properties went into a decline and changed ownership several times, causing total disrepair of the structure.

The collapse of the church’s roof left the structure unsafe and abandoned, allowing thieves to steal the sacred object, thought the statue of the Madonna originally on the altar were relocated to the church of Santo Pietro and will be returned when the restoration of the church is complete. 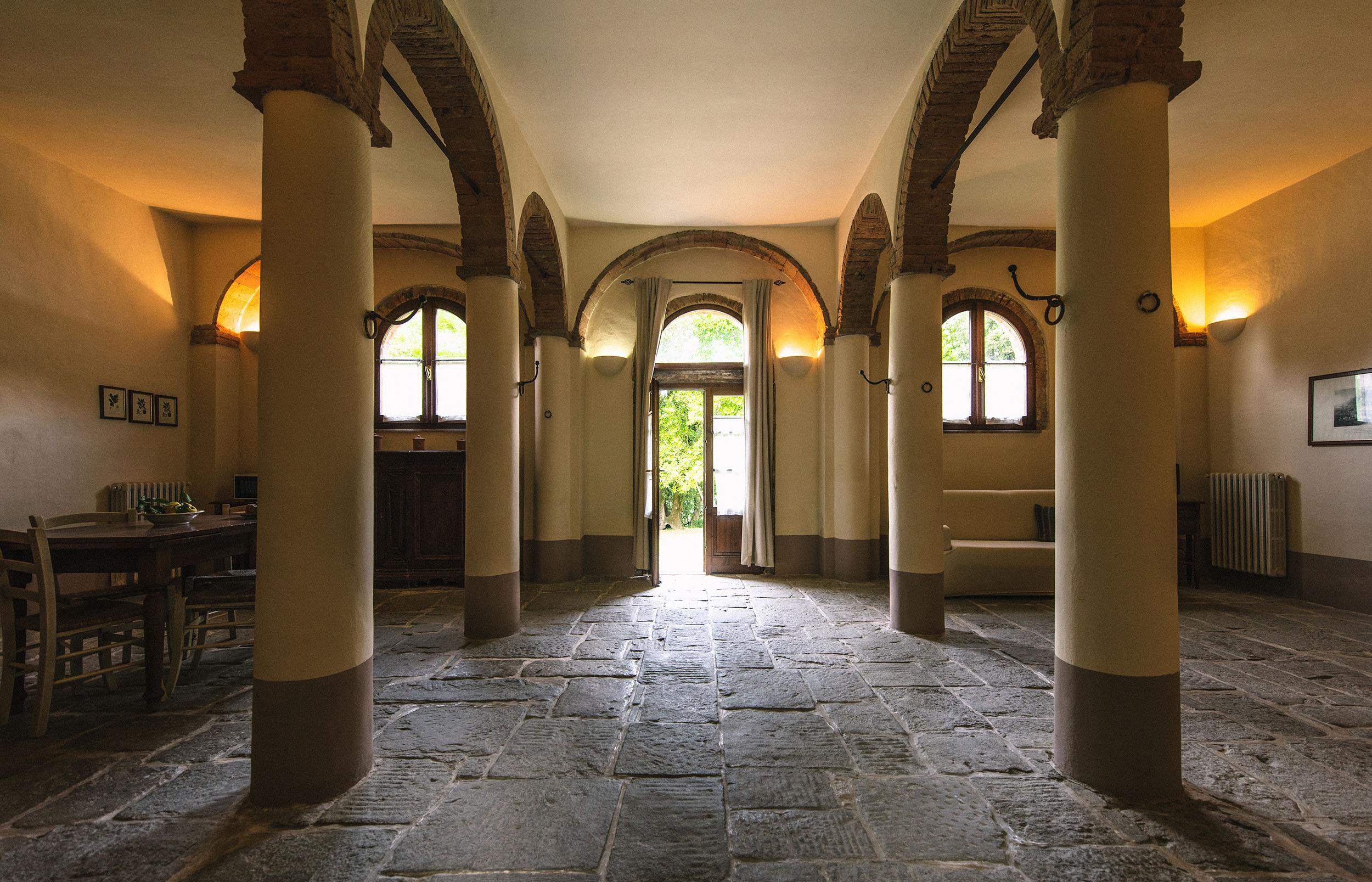 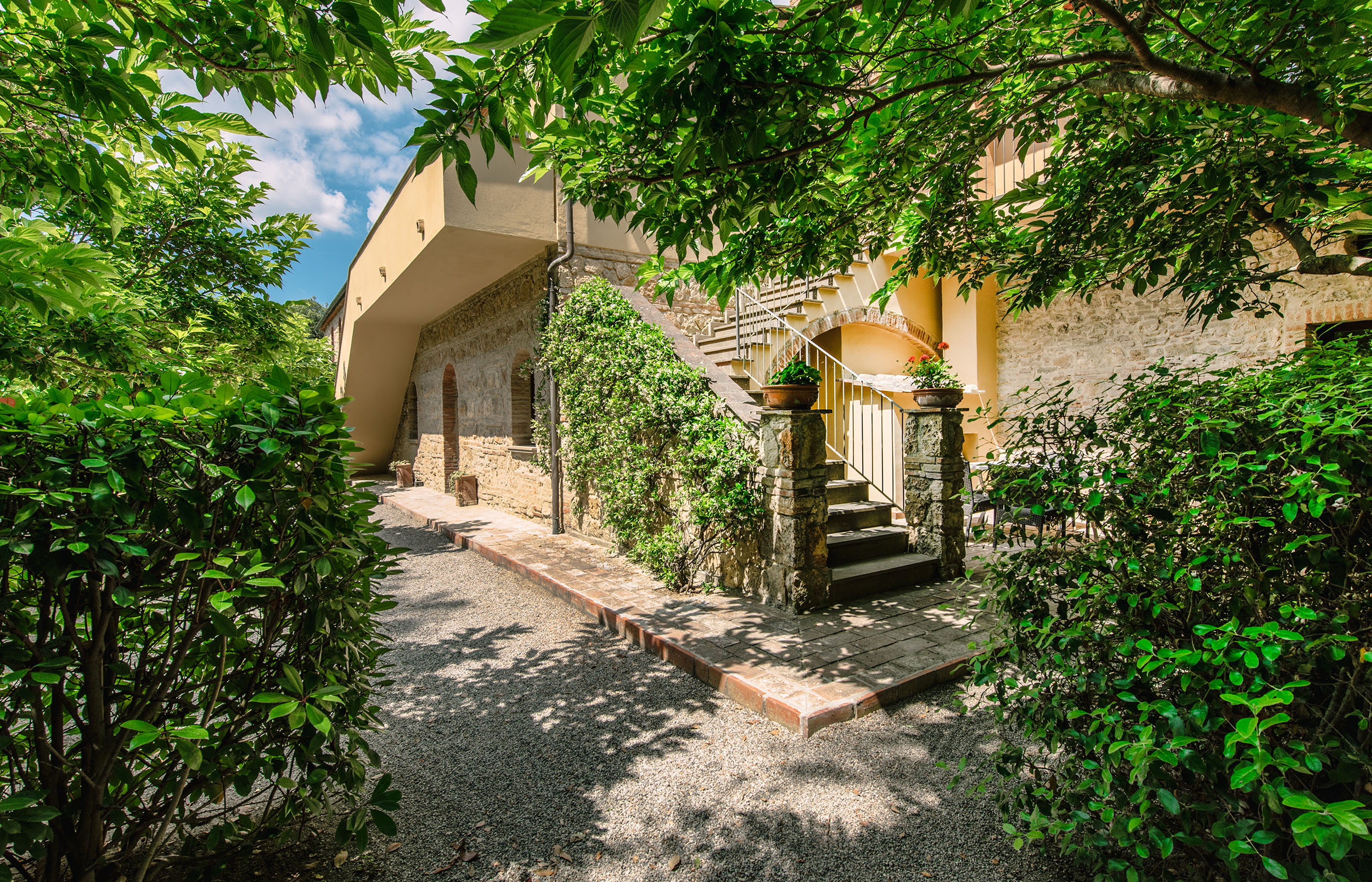 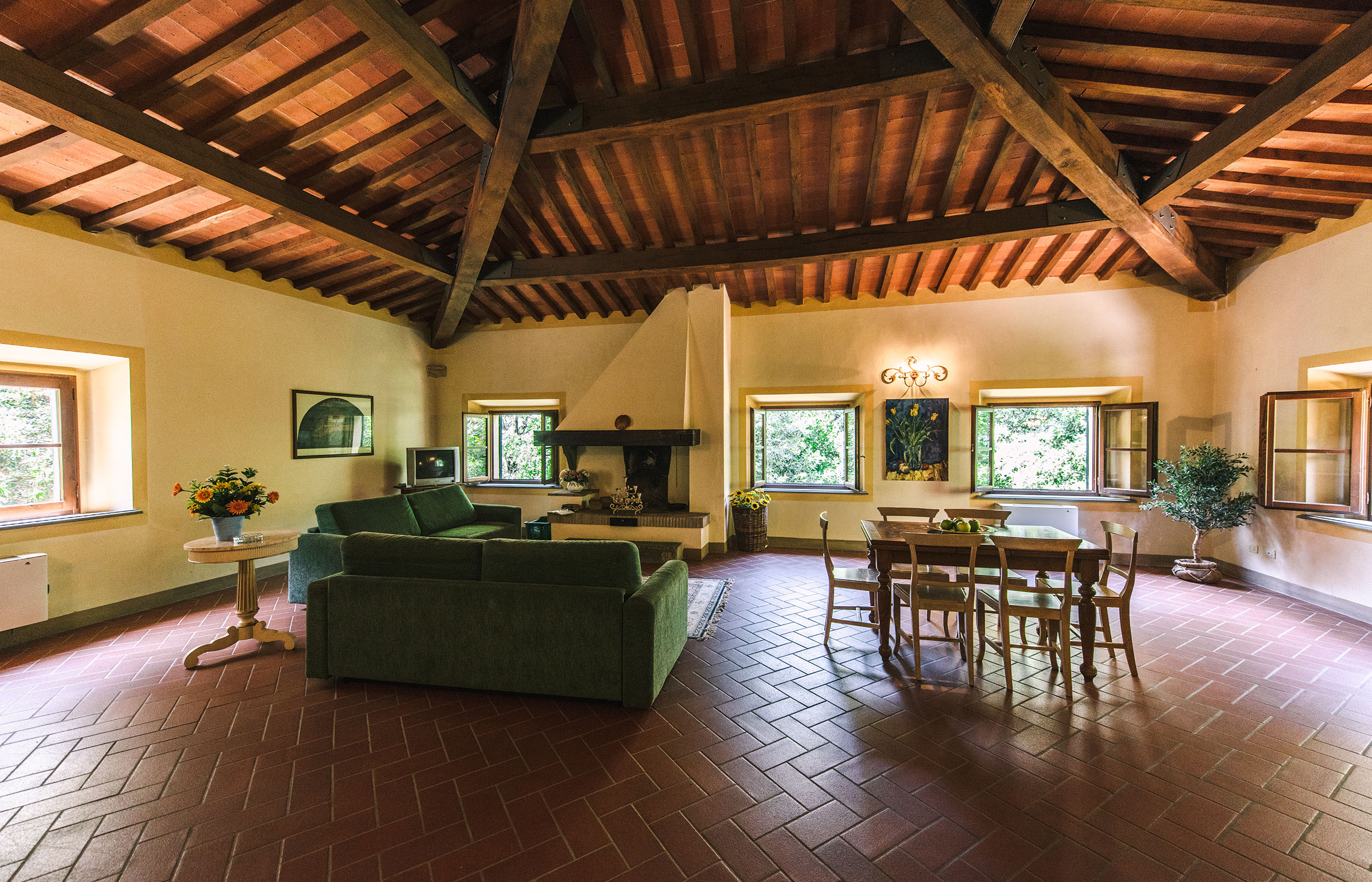 The little church of Immacolata Concezione

The little church of immacolata concezione is wedge between current guest accommodations with its front facade facing villa San Giorgio.
It was built in 1872 by the nobleman Giuseppe Vincenti, then owner of the property.

Placed to the right side of the door there was an engraved stone marker commemorating the wedding of Pio dal BorgoNetolitzky and Margherita Montecuccoli on the 30th of April 1916, performed buy the eminent Pietro Maffi, Archibishop of Pisa, Primate of Corsica and Sardinia, Cardinal D.S.R.C.

Inside, incased in stuccoed frames on the wall, there were three large painting depicting biblical scenes. On the altar there was a golden statue of the Immacolata Concezione.